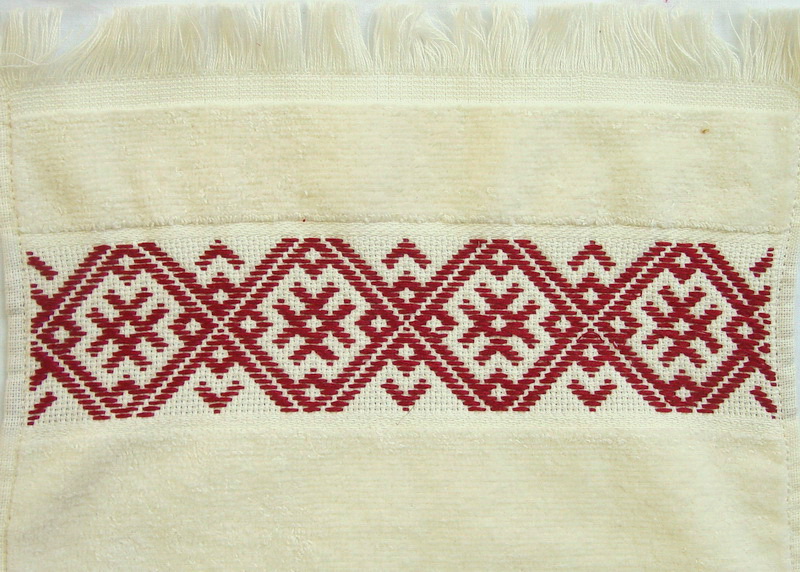 “Blessing of the Seven Elements” (front)

This pattern was appropriate for cradle curtains, and for clothes of kids between 8 and 14. The Seven Elements: Fire, Water, Earth, Air, Matter, Spirit, and Intelligence. .

Fire and Earth are depicted by the crossed out diamonds. (Fire is the X and Earth is the diamond) This pictograph is an ancient agricultural symbol of a grain field filled with the sun’s energy.
Water (both “heavenly” and “of the earth”, i.e. rain and rivers) is represented by zigzags above and below the diamonds.
Air and Spirit are symbolized by the white color of the design.
Matter is signified by the red color of the pattern (color symbolism of Russian outfit and embroidery >>> )
Intelligence is depicted by the four “horned diamonds”. They express the basic construction of a wooden house or a fence — an ancient invention that made it possible for people to live in constructed dwellings instead of caves. In Russian tradition the symbol was thought of as protection made by the people instead of the gods.